Today is Thursday, October 12th and after four days in a German hospital in Hamburg, where I know only one person, I am glad to be back on my feet and slowly recovering.  Due to my operation and hospital stay, my blog posts have been delayed. Fortunately, I got to do some sightseeing in Hamburg before all that happened.

Hamburg’s Miniatur Wunderland was personally recommended to me and is also considered to be one of Hamburg’s top three attractions on the internet. This post will focus on one specific exhibition at the museum.

I will begin with a little background information about Miniatur Wunderland just to make it clearer what I am actually describing then I will jump into describing the exhibition and its relevance for German Civilization:

It is hard to describe Miniatur Wunderland with concrete words, but I hope that you have an idea of what it is now. If you would like a little more information, the following link is a video that describes Miniatur Wunderland in 4 minutes (there is also an English version on the website): Miniatur Wunderland. So now that we have covered the basics let’s move on to the exhibit about German civilization.

The exhibit “Über 6.000 Jahre deutsche Geschichte – dargestellt in acht Dioramen” (More than 6,000 years German history depicted in eight dioramas) is actually not one of the main exhibitions. Each diorama is encased in its own small glass box and it is located at the exit near the featured exhibit “Die geteilte Stadt” (A City Divided). Without images or good imagination, it can be difficult to picture how people lived thousands of years ago or even how the earth looked before industrialization. That is what makes this creation quite practical. It is a new way to have a look into the past without searching Google images or watching a film.

At the exhibition you are able to put on headphones and listen to descriptions of each scene. If you don’t understand German, English text is shown on monitors above the glass cases. I recommend checking out the German version on the website and watching the video series: The history of our civilization.

What does the exhibit have to say about German history? (The photos of the display are my personal photos but the information about each time period is directly from Wunderland’s website.) 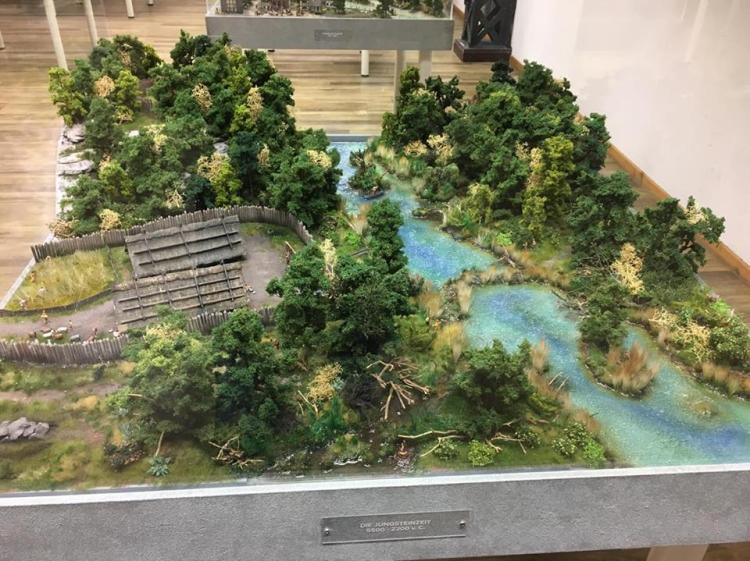 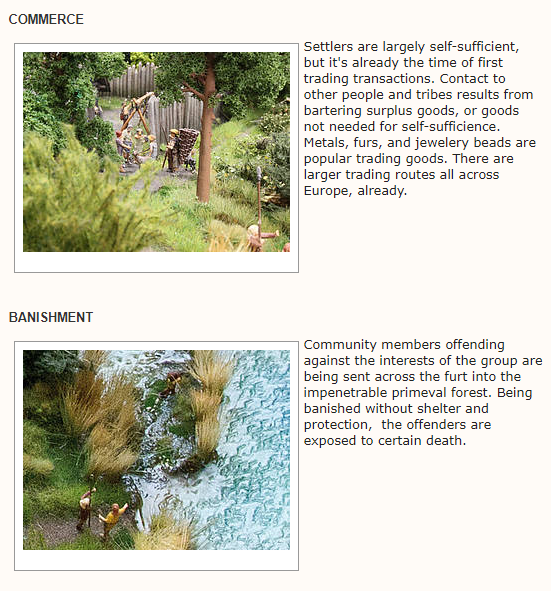 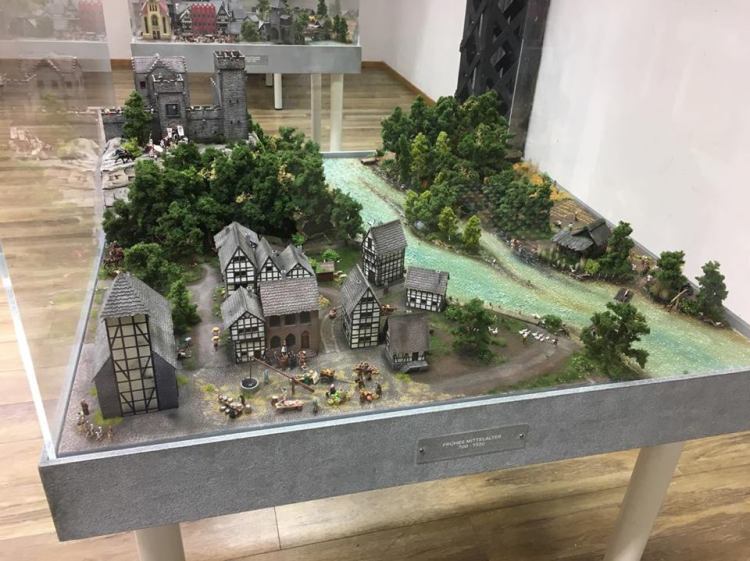 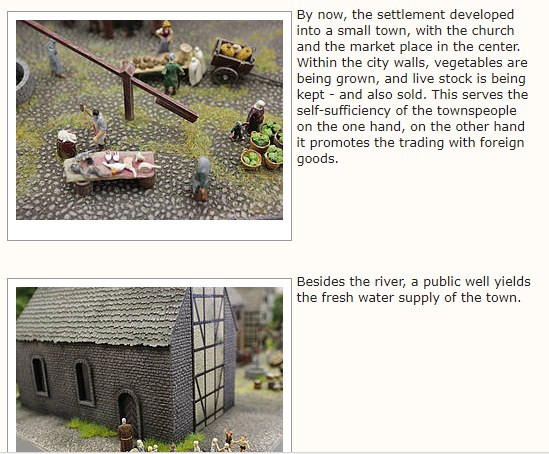 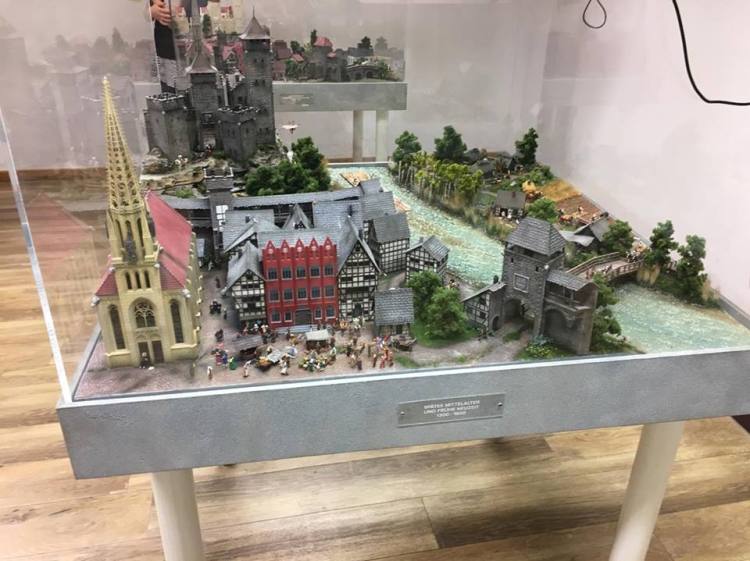 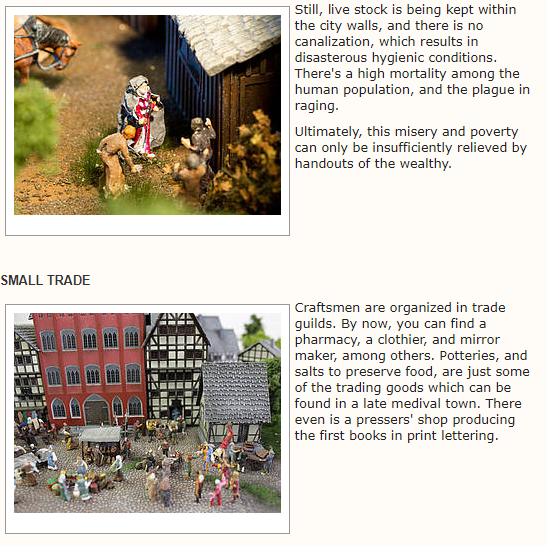 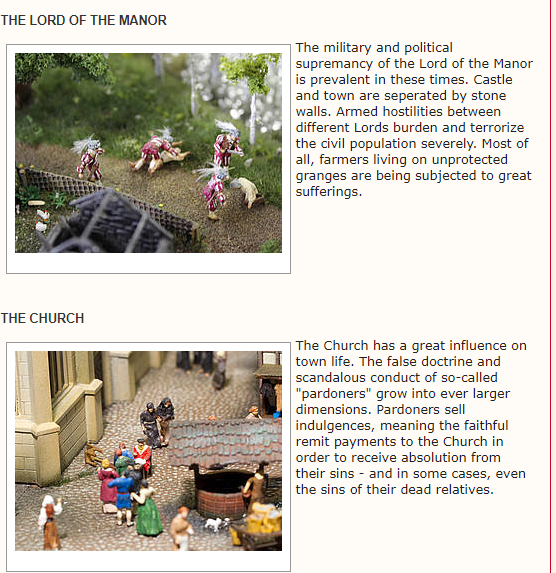 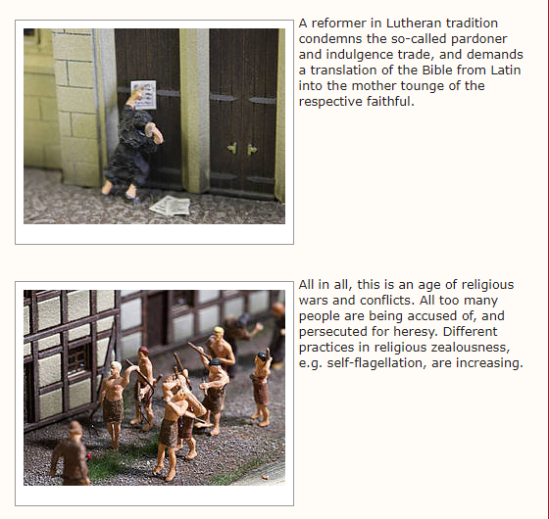 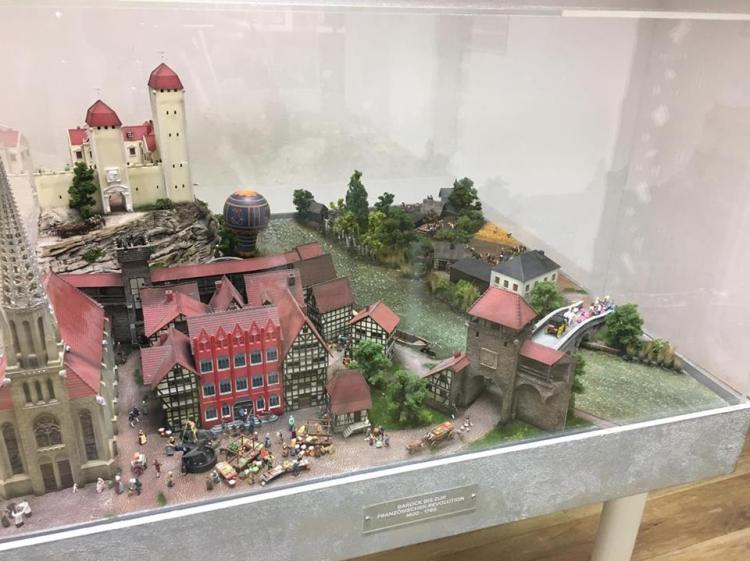 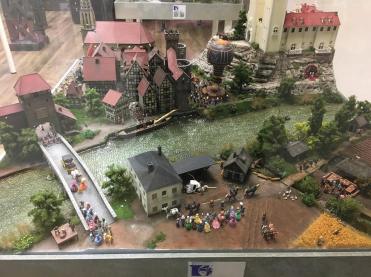 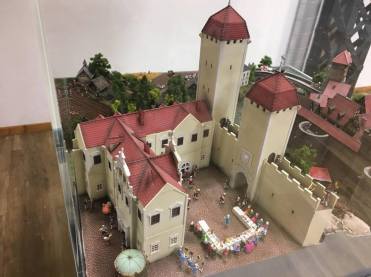 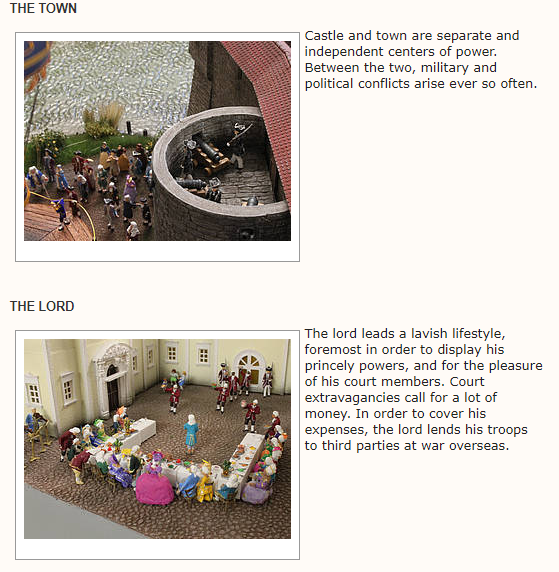 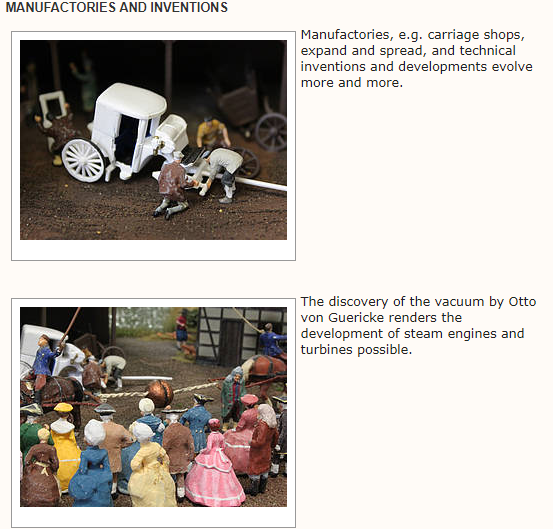 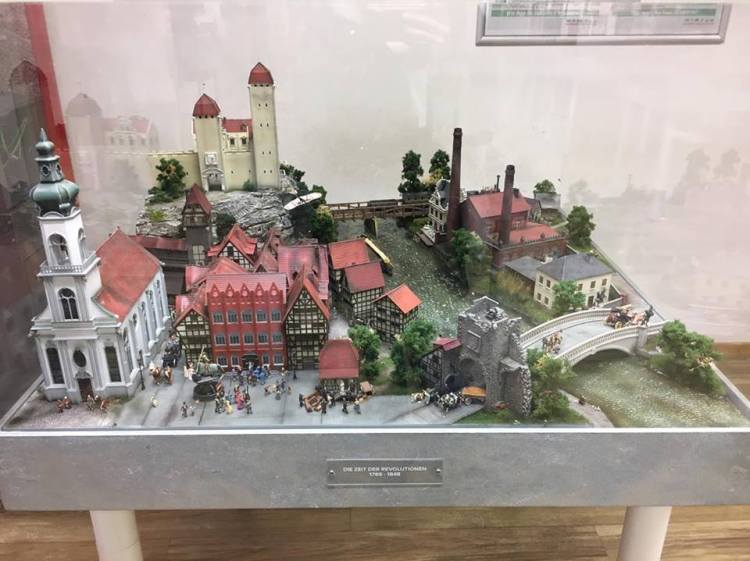 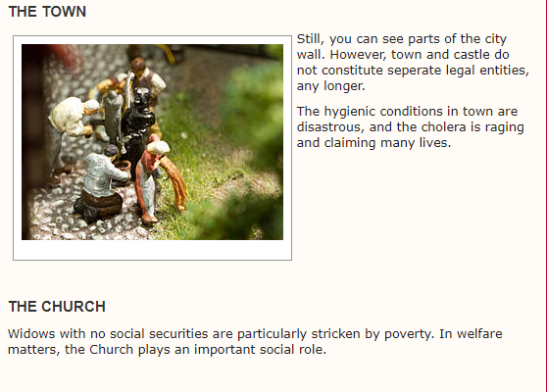 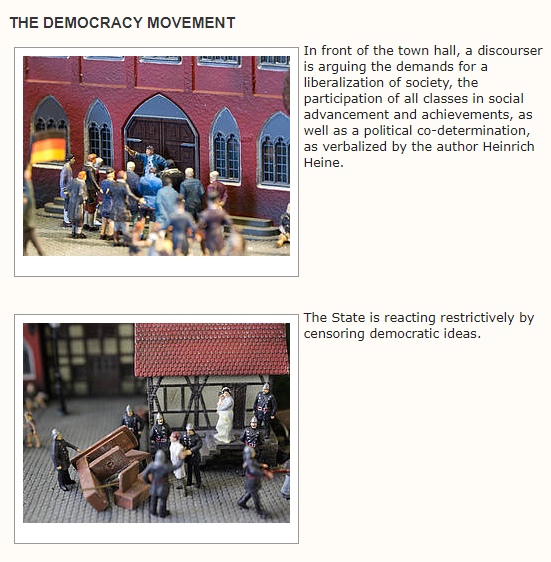 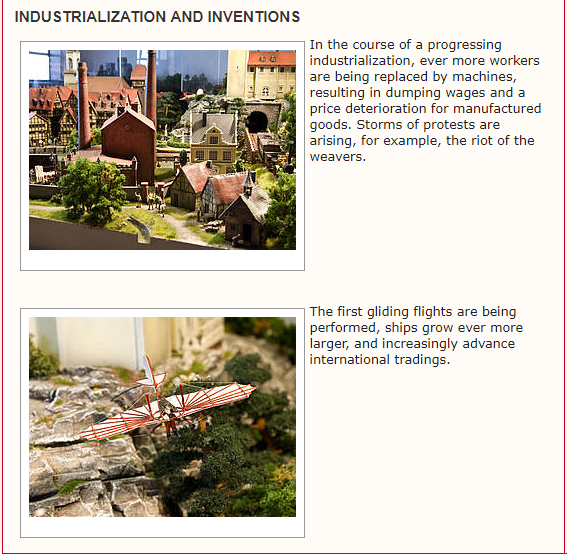 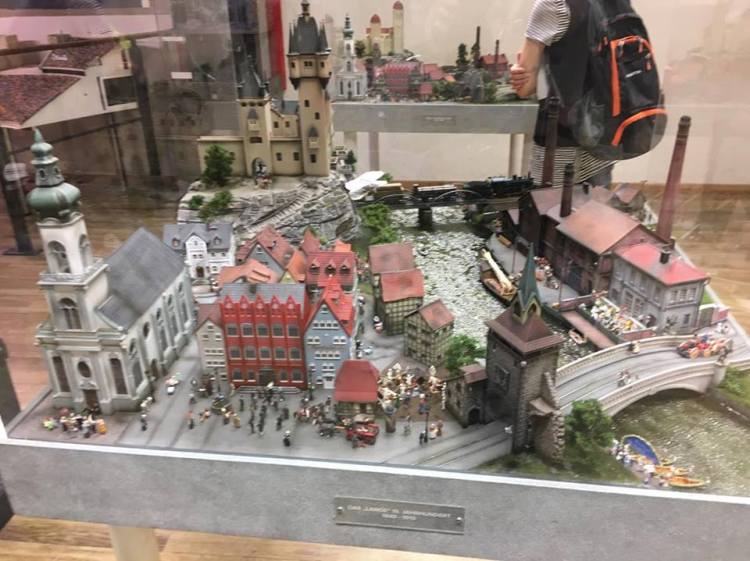 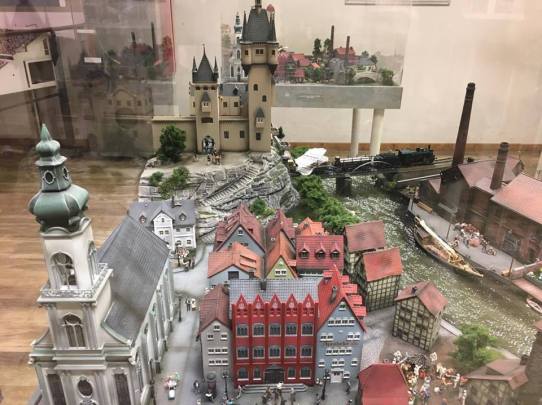 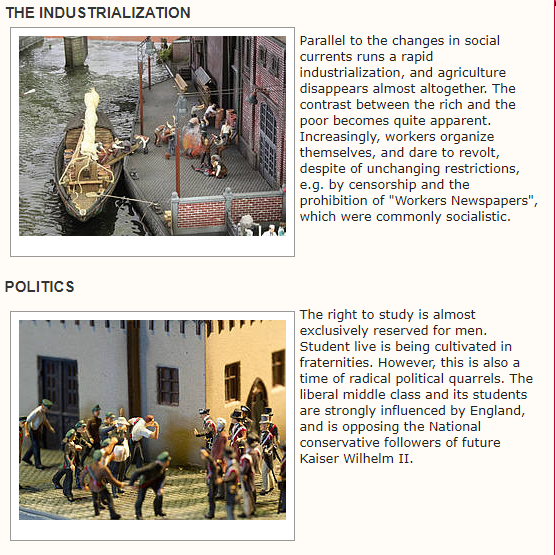 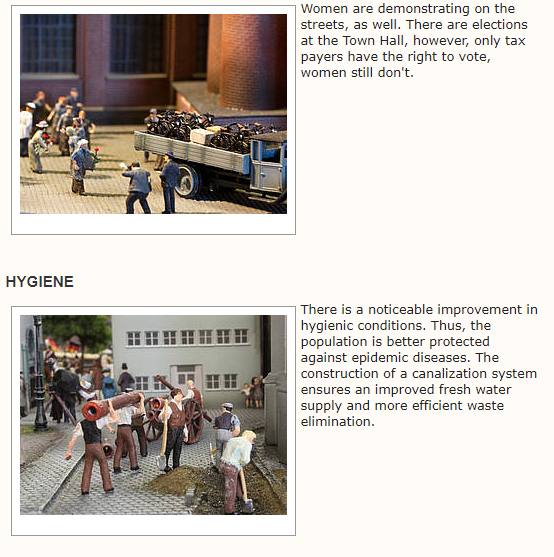 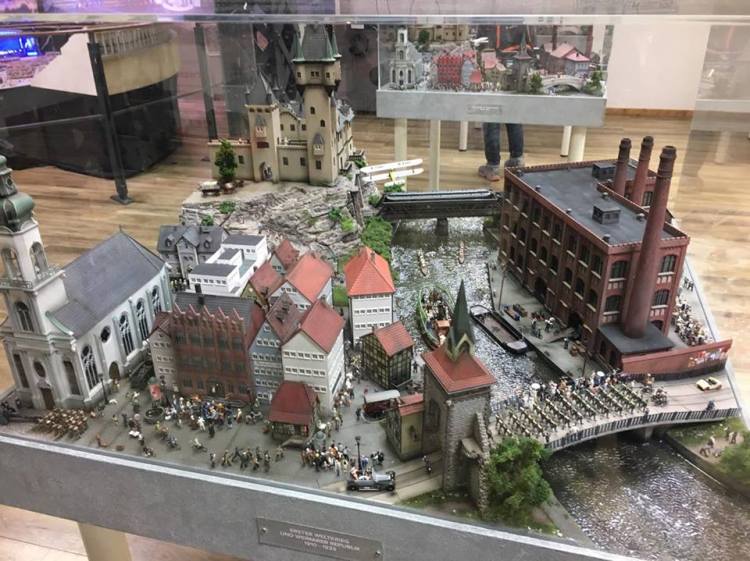 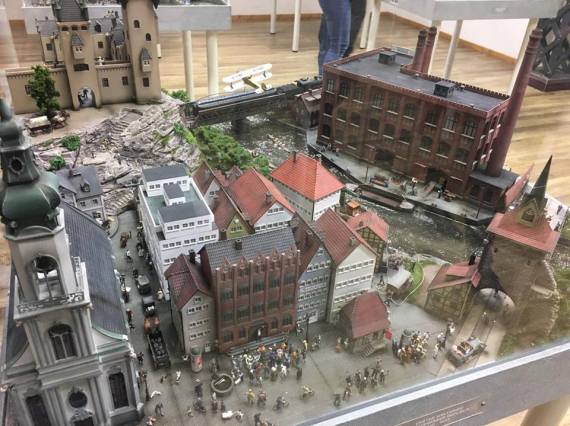 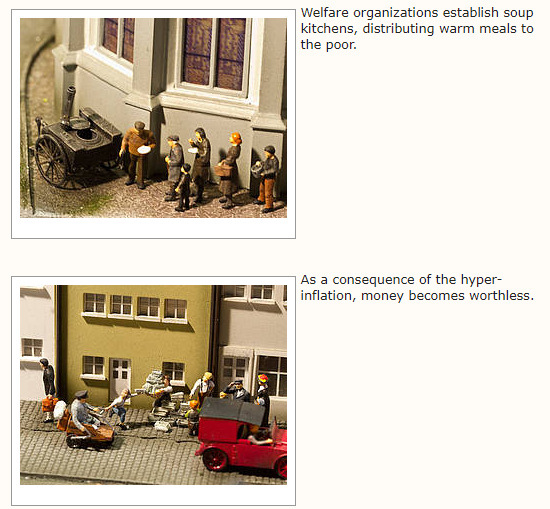 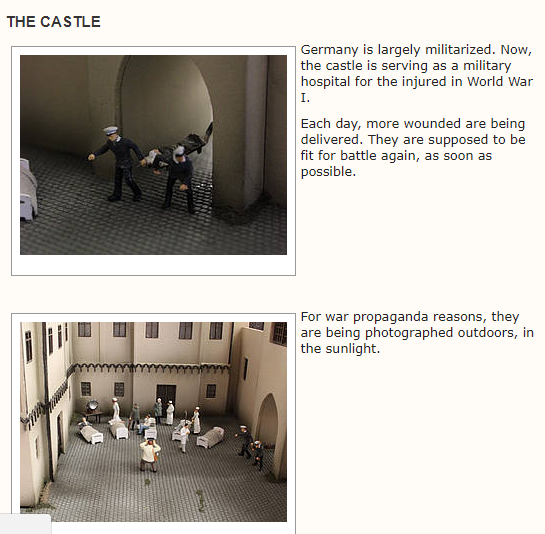 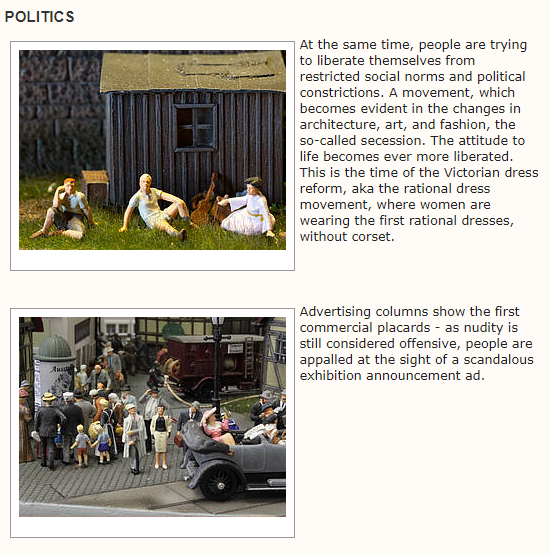 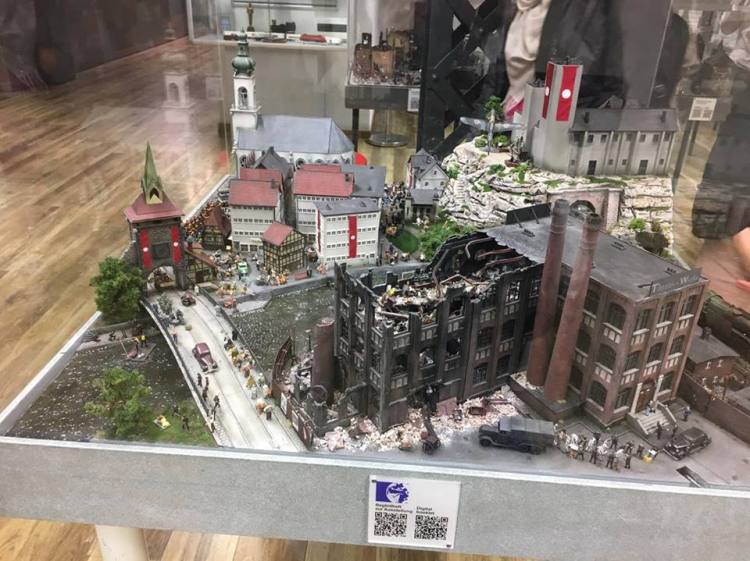 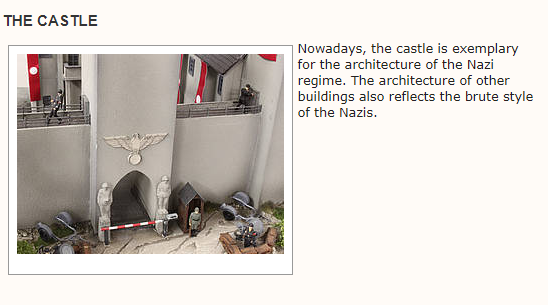 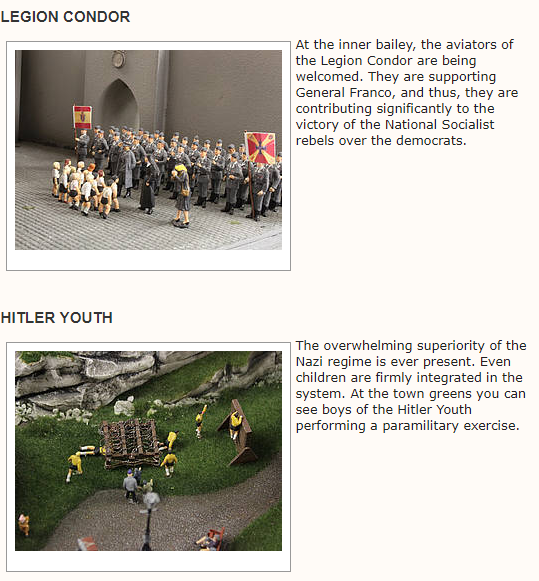 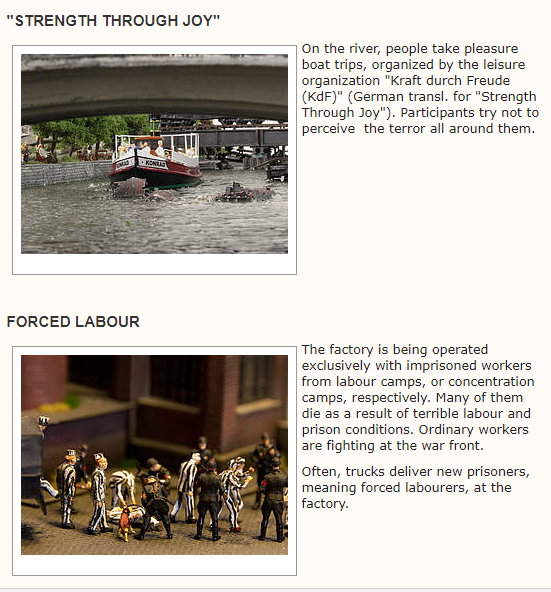 The exhibition provides an overview of German history in a short amount of time. One thing that I noticed is the more recent the time period, the shorter it is. Technology and other advances had big influences on civilization. So many big changes happened in the past two hundert years. In much older times advancement happened much slower. My questions for you guys are: Did you learn anything new? What do you think about Miniatur Wunderland? What parallels do you see between the depictions and course materials?

Thanks for reading. I am looking forward to your responses.