Bamberg is described as one of several of the most beautiful cities to see in Germany. Its close location to Nuremberg makes it a great day trip for those who like visiting historical cities. A large part of the city is a UNESCO heritage site.

My first impression of Bamberg when walking from the train station into the old city center was thinking how beautiful the bridges and view of the water were. (Bamberg is situated on the Regnitz river.) It felt like a German city but somehow different than Erlangen. I saw families, students, tourists and everyday people.

Even before I reached the part of the city with the historic sites that tourists usually come to see (more about that soon), I saw many interesting buildings and sculptures. Since my student travel pass allows me to travel for free with buses and trains and Bamberg is included in the travel network, I plan to go back and explore the market area, many shops and unique architecture that there is to see when friends or family come to visit me in Erlangen. 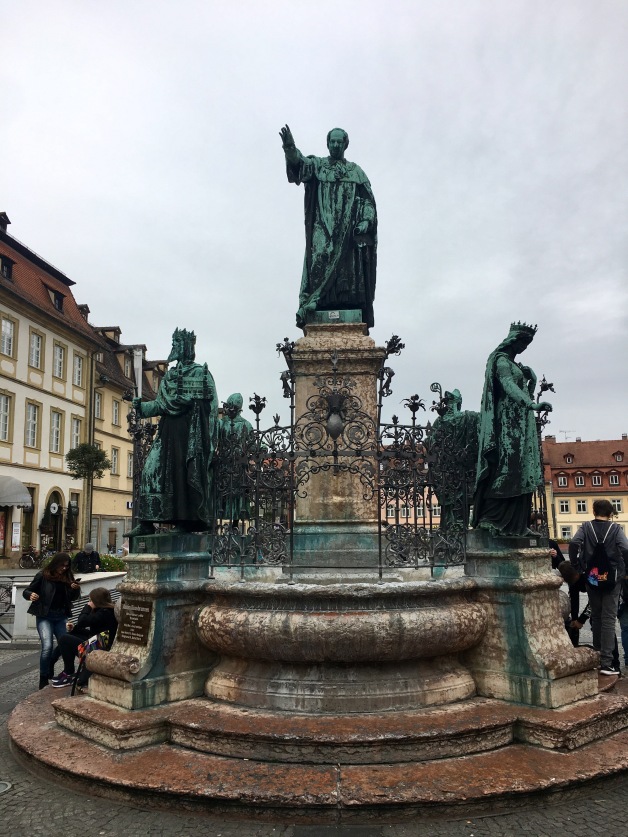 What is Bamberg’s place in German history? The town dates back to 902. The Roman King Henry II made the town into a separate diocese in 1007. The University of Bamberg was established 1647. Bamberg became linked to the rail system in 1844. It is one of few German cities that was not bombed in World War II.

How I planned my sight-seeing activities and the main things people visit in Bamberg: Before I travelled to Bamberg I searched a few websites to find the most praised tourist sights to see and I marked them on Google maps. For one, it allowed me to estimate how much time I would need to see everything since I could see how close everything was located. Two, I had a visual idea of how the city was organized before travelling there. Three, once I was there the places were already marked on my map and I could easily start a route planer to get me there. 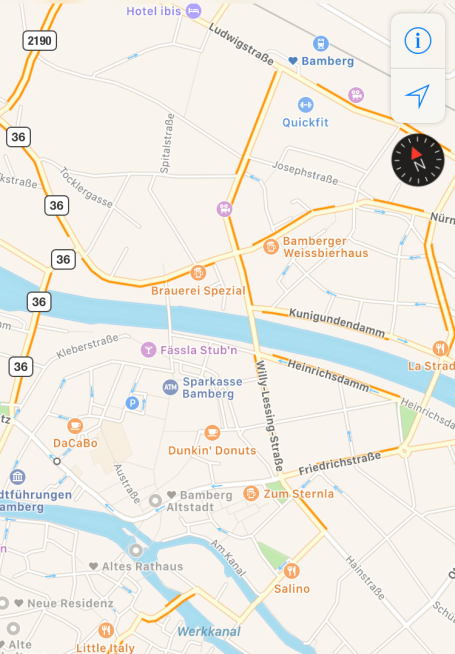 Some of the main sights are:
–Bamberg Cathedral (1237), with the tombs of Emperor Henry II and Pope Clement II 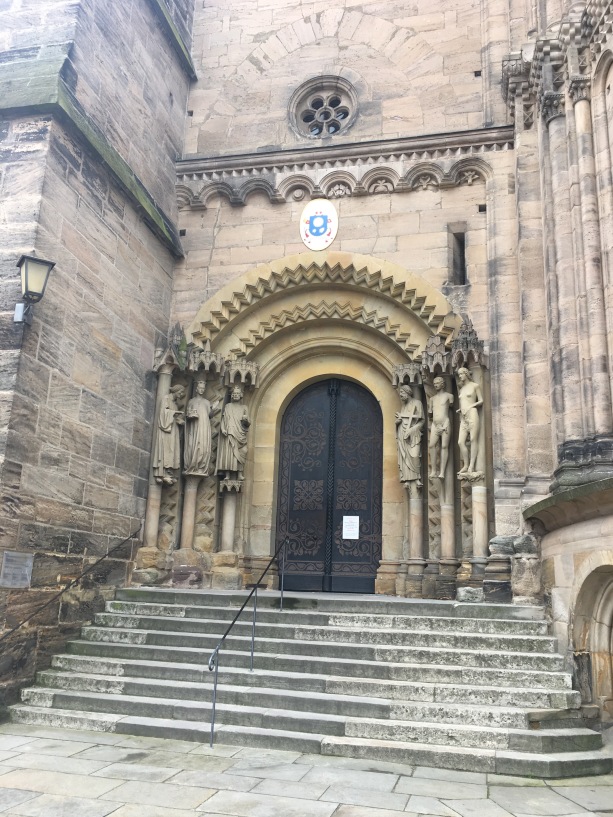 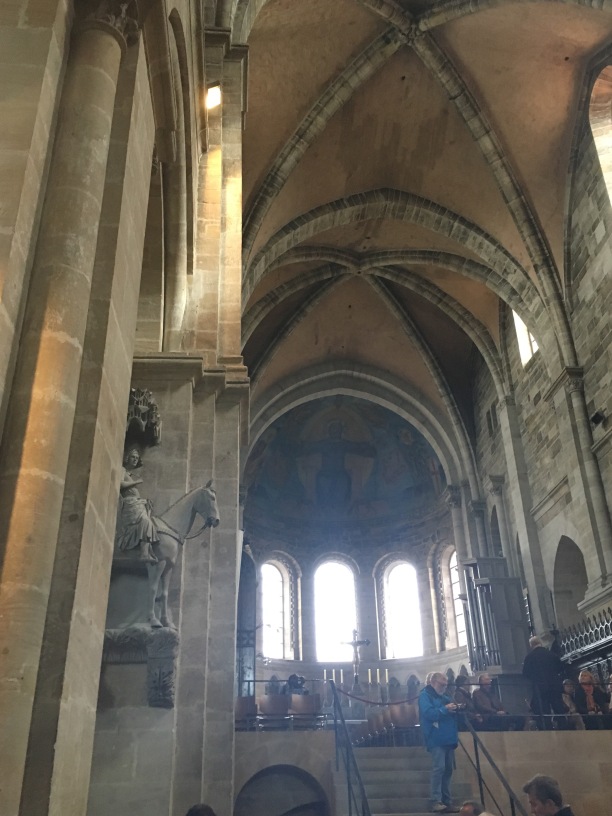 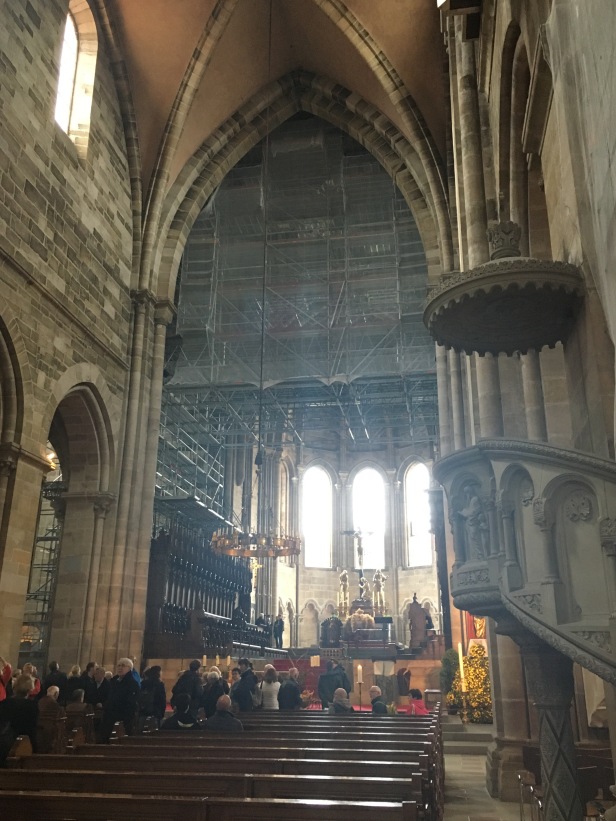 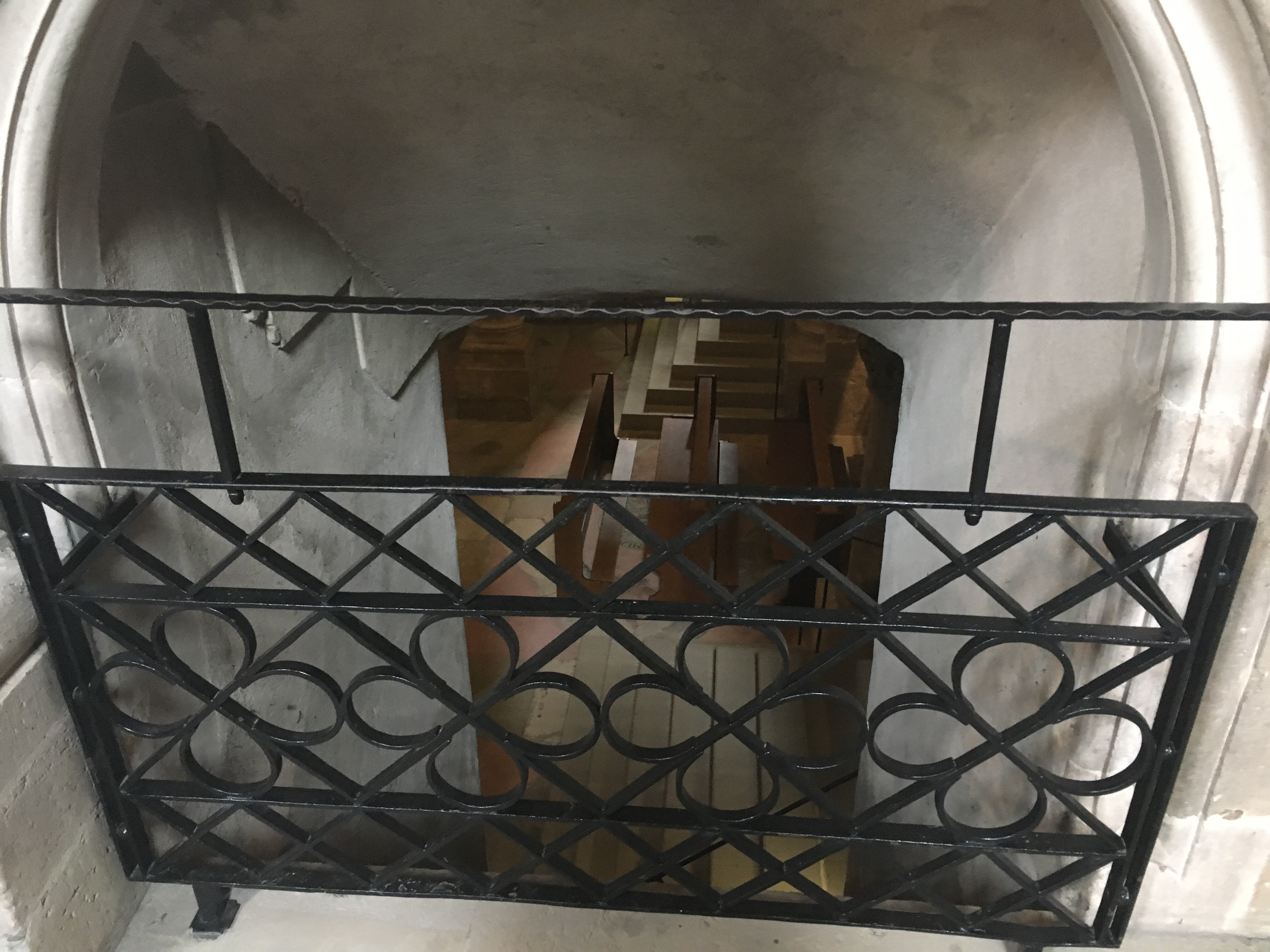 –Alte Hofhaltung, residence of the bishops in the 16th and 17th centuries (a choir group was singing while I was there)

–Neue Residenz, residence of the bishops after the 17th century. Here you want to see the garden! 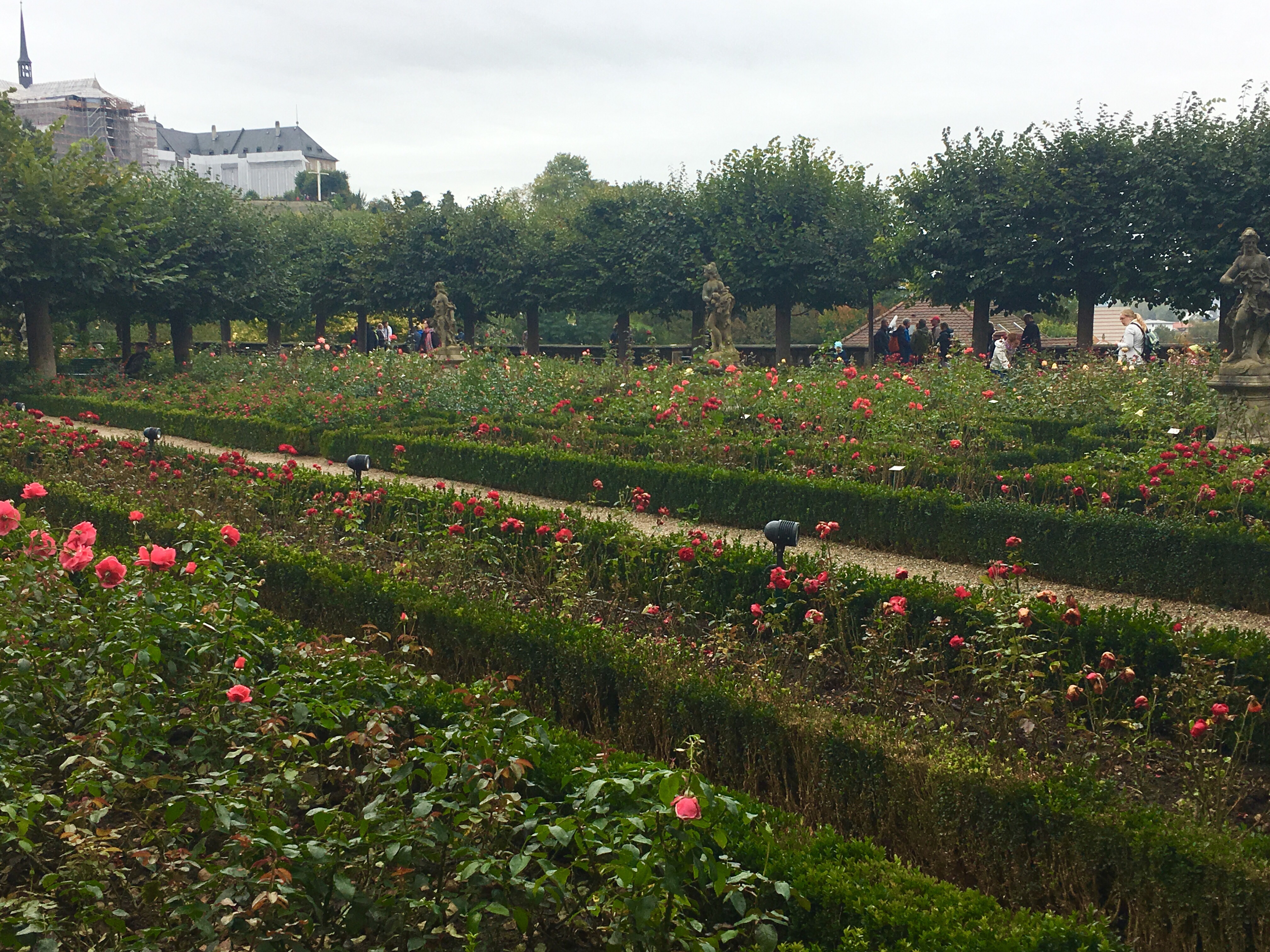 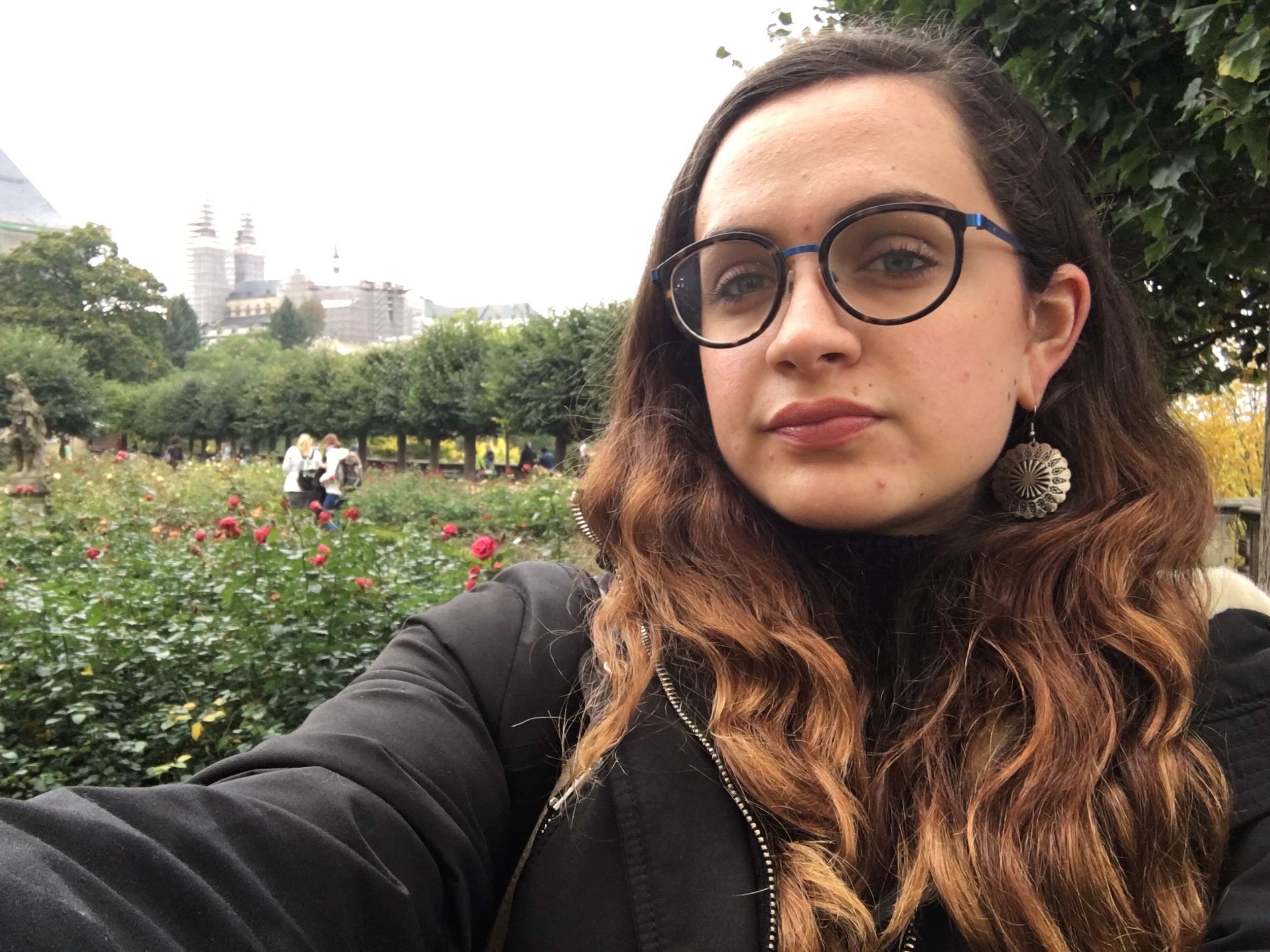 -Bamberg State Library in the New Residence
–Old town hall (1386), built in the middle of the Regnitz river, accessible by two bridges *pictures see below under UNESCO site*
-Klein-Venedig (“Little Venice”), a colony of fishermen’s houses from the 19th century along one bank of the river Regnitz
-Michaelsberg Abbey, built in the 12th century on one of Bamberg’s “Seven Hills”
-Altenburg, castle, former residence of the bishops

My favorite thing that I saw in Bamberg was the foot path up to the castle. Unfortunately, the castle was closed on that day (Monday) so I did not get to see it up close and personal. But the view of the city from the foot path and the peaceful, quiet nature around me was so wunderschön. I wasn’t aware of the foot path before I arrived in Bamberg–I just followed street signs from the main area where the Cathedral and other main attractions were and made my way up the hill. It was a pretty active climb up there too. 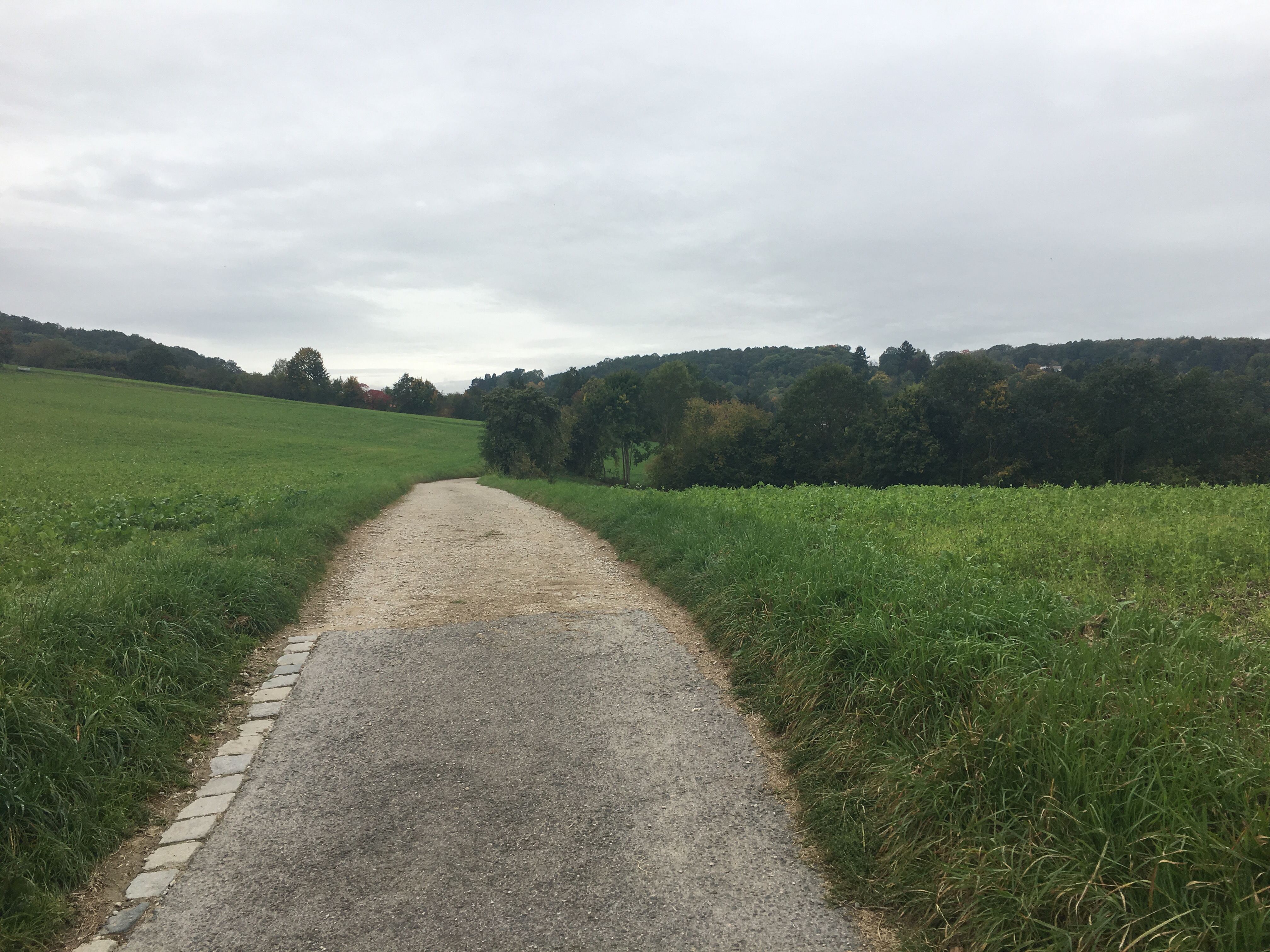 I recommend taking the walk by foot to look at the view down on the city, but if you want to tour the castle, I recommend checking on the hours and taking a bus tour up there. My GPS led me to some trails in the wood instead of to footpath I needed to get to the castle entrance (maybe the footpaths were correct but they were blocked since the castle was closed that day, or maybe I just didn’t find the right direction). I did see a road which would have taken me up to the castle, but it was for cars only.

Therefore, the walking trail is extraordinarily beautiful–grassy hills and such an amazing view. But finding the way to the castle from there proved a little tricky by foot.

What are some things that makes Bamberg special? 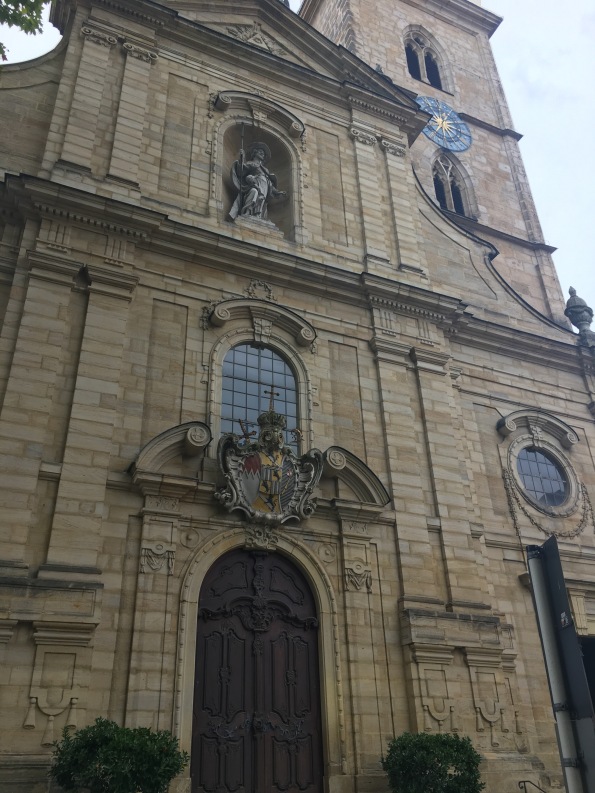 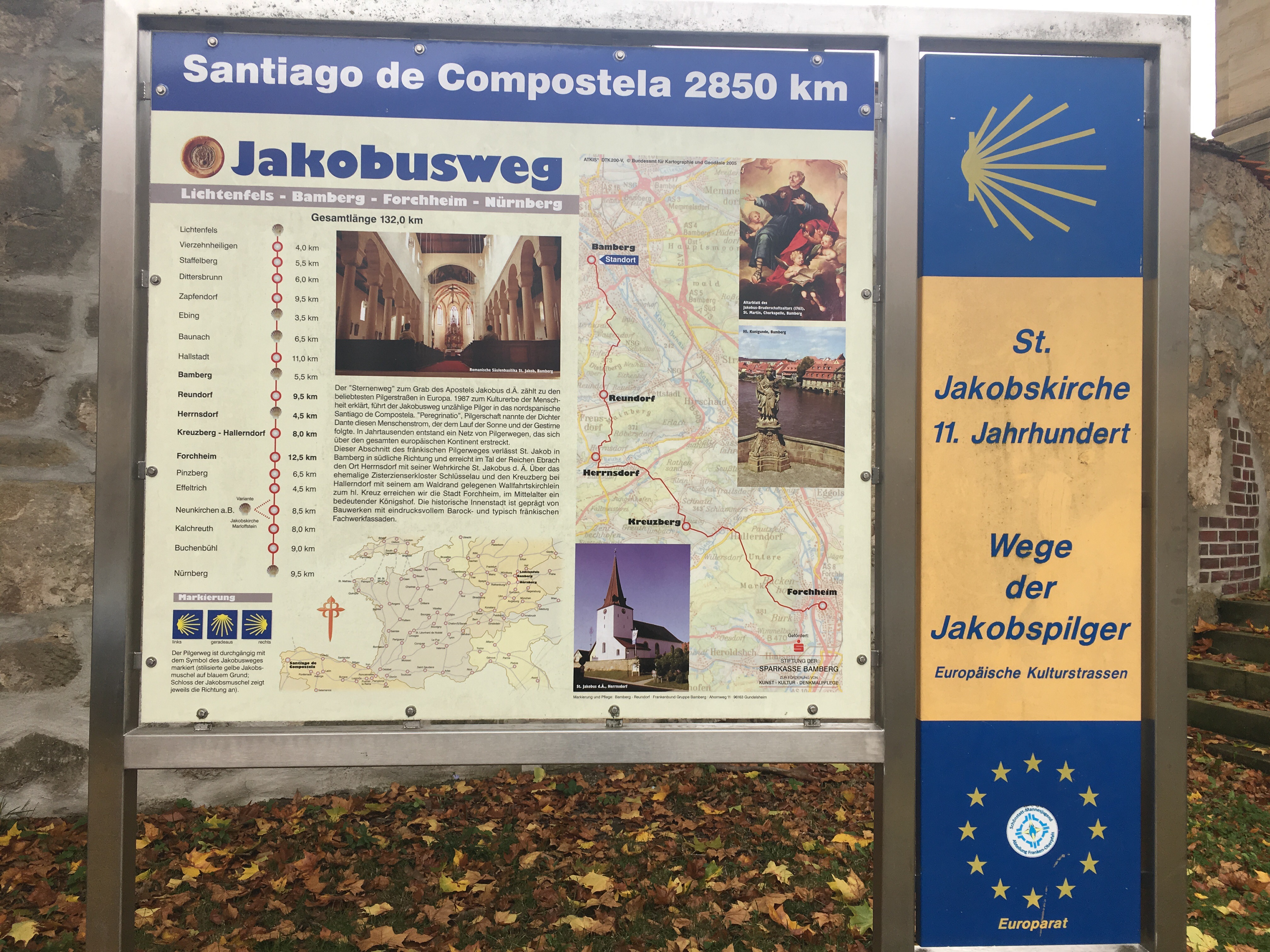 2. UNESCO Site which wasn’t destroyed in the war- including the town hall that sits above the river 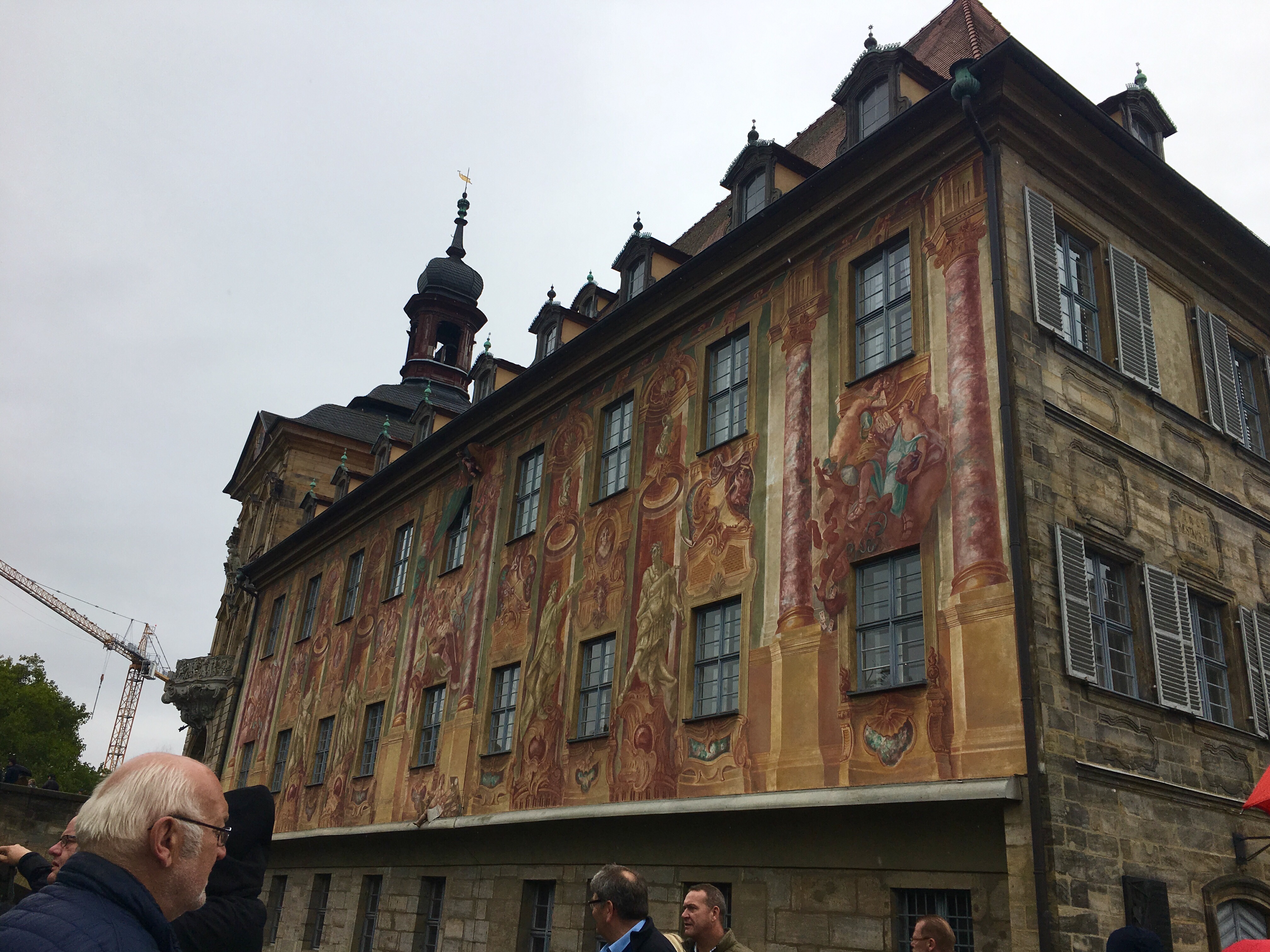 3. Rauchbier- I did try this beer, but I didn’t like it. I like grilled food but not really that savory, smoky taste so it’s not really a surprise that I wouldn’t care for that flavor in my beer.

My concluding impressions of the city: If you have already travelled to several cities in Bavaria or just have a lot of free time, Bamberg is worth the visit. However, it is not the most memorable city Germany has to offer (meiner Meinung nach). And unfortunately, many of the historical buildings were under construction while I was there. The city definitely has its charm and feels pretty small and cozy settled into its hills. It is a pretty popular tourist destination and, on a Monday, it was crowded. For some reason, many businesses are closed on Monday such as the Altenburg (castle) and some restaurants. I enjoyed my time in Bamberg and waking up, taking the train and just discovering a new place on my own. Luckily, I did not get rained out but the weather was still a little gray and I was not absolutely in love with the city itself.

Have a nice holiday season,