“Learning a foreign language not only reveals how other societies think and feel, what they have experienced and value, and how they express themselves, it also provides a cultural mirror in which we can more clearly see our own society.” —Chancellor Edward Lee Gorsuch

Foreign languages have different structures, unique grammars, varying sound systems and dynamic expressions fitted for those languages. Therefore, stepping out of the comfort zone of one’s mother tongue can be very intimidating; however, learning a foreign language will invite you into the global community, challenge you to grow personally and will benefit you no matter your interests, career or age. 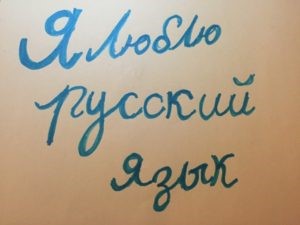 Have you ever wondered what someone was saying in a foreign language you couldn’t understand? Have you seen Arabic written and desperately desired to read it? Each language has its own mystery. That means any language can offer you something new and thrilling—whether it be the diminutives in German, the free word order in Russian, or the alveolar trill of the “rolling” Spanish “Rrrrr.” You can learn a new way to insult someone—or compliment them. Most likely, you will choose a language that you enjoy hearing; however, refrain from being discouraged when you do not understand everything immediately. For instance, the beginning of your foreign language-learning journey is similar to the first time you hear a beautiful song where you are first captivated by the overall sound; then, you develop the ability to slowly pick out words, next grasp a gist of the meaning, and then, finally, the philosophical richness of the language.

The study of Latin and Greek was necessary for scholars until the late nineteenth century. Maybe reading Homer’s Iliad in Ancient Greek is not a primary goal for us in the twenty-first century (everything is already translated into English, right?), but studying a foreign language in post-secondary education makes us stronger scholars. Not only is our scholarly aptitude enhanced because of the access to original material in a foreign language, but also because we become more creative, more flexible and better listeners once we have studied a foreign language. Each of these attributes lead to an improvement in the study of all other subjects. 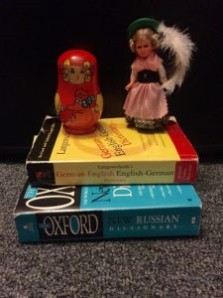 Translation is possible but so much is lost in the process. There are many forms of language, such as academic, written, and colloquial. Academic language allows us to verbalize complex concepts through words like connotation or morpheme, whereas spoken language consistently changes and written language records history. Accordingly, when you are able to understand a foreign language, not only do you gain access into the daily lives of the speakers but also a glimpse into the minds of the thinkers and artists through literature, music, and overall new sources of information in the language.

“[T]he traveler who has once been from home is wiser than he who has never left his own doorstep [.]” – Margaret Mead, American anthropologist. Traveling abroad is more than just a “vacation.” The more you know about a country’s history and how its residents live, the better you will be able to converse with those around you. The most satisfying travel abroad will be one in which you communicate in a foreign language. Through using your language skills, you experience an intangible, rewarding feeling as you navigate through the environment better, by ordering meals, bartering at shops and experiencing the cultural nuances.

Learning a foreign language allows you to understand the world in which we live in just a bit better. Other languages are not English vocabulary hidden in different sounds. You may find yourself surprised when you have more in common with a native speaker of an exotic European language than someone from your hometown, which I have personally experienced. My community is no longer limited to my hometown, the state of Georgia, or even my country of origin—learning a foreign language has opened up the entire globe as a place of possibility for deepening my relationship with myself and others. Ultimately, learning German for almost two years and Russian for about half a year has improved my ability to learn, deepened my understanding of myself and has given me so many opportunities to meet people from around the world; therefore, it is no surprise that I enthusiastically recommend learning a foreign language to anyone.

Inspired to learn a language? Check out my Language Learners‘ Toolbox for useful tips on how to effectively learn a foreign language!